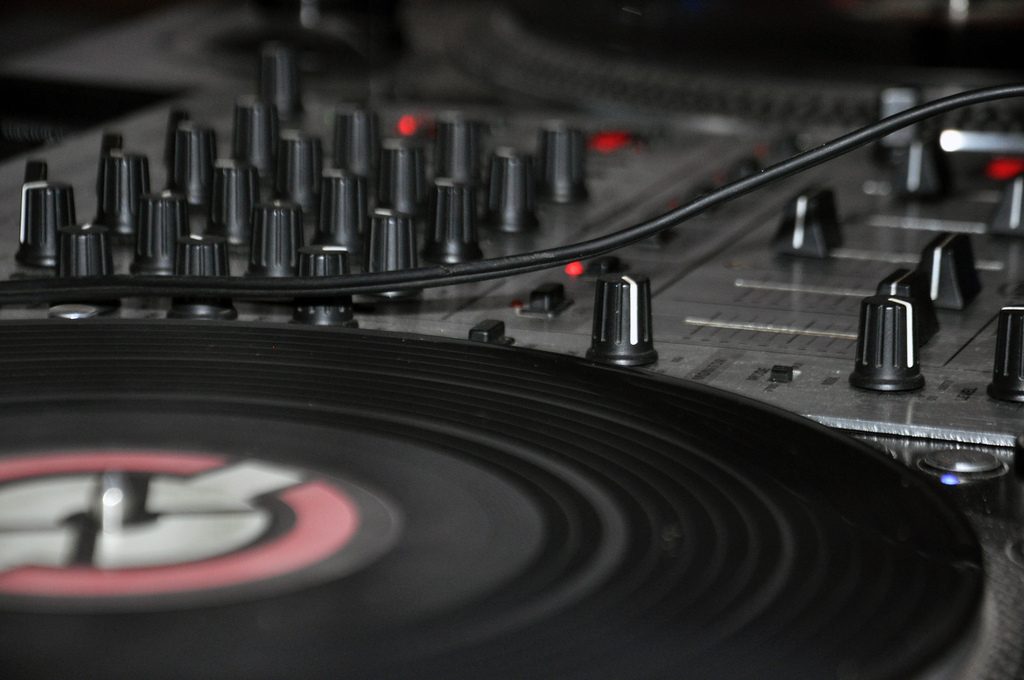 While Record Store Day may just be another day at work for some of the individuals behind the counters, it has become more of a celebration for music lovers. Thousands of retailers around the world participate in this annual event. Record Store Day is a day for fans of all types of music to come together and share their love for the industry as well as increase vinyl appreciation.

Since the mid-1990s, vinyl album sales have faced a major decline, according to the historical Nielsen Soundscan and Official Charts Company/BPI data. Sales reached an all-time low in 2005 and 2006.

The rise of digital download in the late 1990s and early 2000s sparked the decline of vinyl as the ability to share ( ) music digitally rose to prominence with the creation of software like Napster and Limewire. In addition, individuals could download select songs instead of purchasing the entire album. Terry Currier, the owner of Portland’s oldest record store, Music Millennium, shared that record stores began closing as they lost older customers  Naturally, the decline of the record stores followed the decline of the vinyl record and by 2010 only 1,800 remained—down from as many as 7,500 record stores in 2002, according to Currier.

When Currier first started seeing the popularity of vinyl decrease, he co-founded the Coalition of Independent Music Stores (CIMS) to create a support system for record stores around the county. Record stores that are connected to the coalition attend an annual convention where shop owners exchange marketing ideas and strategies to excite customers. CIMS, along with two similar coalitions, Alliance of Independent Media Stores (AIMS) and Music Monitor Network, came up with the idea for Record Store Day in 2007. “The media had been painting a picture that independent record stores were going away. The reason for Record Store Day was to try to tell a story to the public through the media that record stores still existed,” said Currier.

The three coalitions asked major record labels to create “cool product,” such as limited edition album covers that came with fun stickers and posters, to make the customers want to buy the actual album, instead of download it. The first Record Store Day was a pivotal point that initiated the growth of the media-claimed vinyl revival. “Business doubled that day,” said Currier. The amount of new albums released on RSD continues to grow with a total of 370 official titles at the 2016 RSD.

“Record Store Day is an opportunity to help people find new records and make sure record stores stay alive,” said the owner of Jackpot Records, Isaac Slusarenko, when asked what RSD meant to him. Since the start of this event, vinyl sales have faced a growing market comeback with one million 12” albums sold in 2007 for the first time in three years.

“It’s great to see the younger generations getting into vinyl and actually sitting down to listen to an entire record again,”said Currier. With the invention of the CD people stopped giving their whole attention to the album as CDs last longer. Some CDs are up to 70 minutes in length which is too long to capture the listener’s attention; one side of a record is only 15 or 20 minutes.

Currier reflected on how people used to put a record on and listen to it as they read over the album cover and understood who produced it, wrote the lyrics, played the instruments, and sang the songs. The attention of the listener could stay focused for that 15-20 minutes the record spun and before flipping it over they could do what they needed to do before continuing with the album. CDs just play through the music and never stop to give the listener a break.

“You are interacting with the music when you use vinyl,” said Currier. Currier is fully dedicated to the vinyl industry as he has been working in record stores since 1972 when he first discovered the power of music. Within his first year of working at DJ’s Sound City he purchased 665 records due to the many nights he spent at Music Millennium where he eventually became the owner in the late 1980’s. Music Millennium has been opened for over 40 years and is the oldest record store in the Pacific Northwest.

“Vinyl is the best invention ever made. It’s the best way to experience music,” said Currier. “I never wake up in the morning and regret having to go to work.” Currier shares the passion for music and vinyl that many record fans have. Record stores continue to remain open because people keep spinning their records. Since the many stores that closed between 2002 and 2010, more opened as there are around 2,020 record stores alive in the U.S. today.

Record Store Day is a celebration for all music enthusiasts as it keeps people involved and the doors of many beloved stores open.