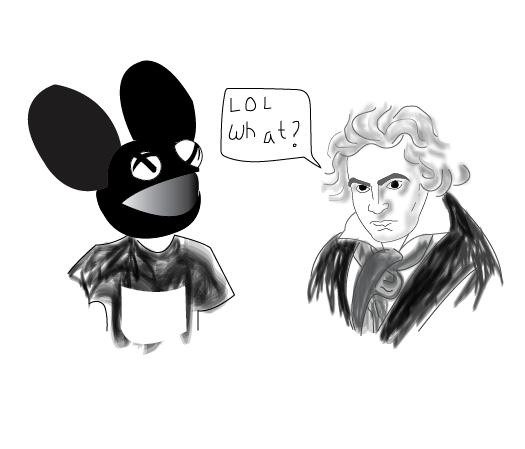 Think of the last time you went to see a movie with an orchestral soundtrack that left you utterly captivated; something that sounded larger than life, swelled with emotion, and filled the cinema with sound. Something that captured your imagination.

Chances are, you didn’t imagine there being a very strong possibility that all of that majestic noise — from booming brass ensembles to intricate string articulations and every nuance in between — may very well have been brought to life not by a full orchestra, but rather, a single human being sitting behind a single keyboard.

Over the course of the last several years, the digital technology available for composers has advanced to an incredible degree; from sample libraries of pre-recorded acoustic instruments and ensembles to increasingly complex Virtual Studio Technology (VST), there’s no shortage of high-end tools at the aspiring or professional composer’s disposal.

“Most soundtracks on television you hear were not only composed by one composer, but were also sequenced and recorded using digital instruments. In 2001, digital MIDI [Musical Instrument Digital Interface] instruments that attempted to sound like real instruments came across as cheesy and fake,” writes Bill Zuckerman of Music School Central. “[W]ith incredible advances in products from companies like the Vienna Instruments collection, composers can mimic the sounds of real instruments in stunning fashion.”

With little more than a MIDI enabled controller — typically in the form of a keyboard, though other options do exist — an array of sample libraries from popular developers such as Spitfire, Cinesamples, 8Dio, ProjectSAM, and the Vienna Symphonic Library — and a knack for composition, it’s entirely possible for the modern composer to stand in for the entire orchestra.

“Until the 1980s, a film composer was defined more or less as a classically trained composer who utilized orchestral acoustic instruments in order to produce music for media”, Zuckerman said. “In today’s world, very few composers are given the resource of a live orchestra to perform on a film or television score.”

More specifically, it was the late 80s and early-to-mid 90s — a time that marked the introduction of the first wave of software and MIDI-compatible Digital Audio Workstations (DAWs) like Digidesign’s Studio Vision and, by 1996, Steinberg’s revolutionary VST format — that brought about this gradual shift in what defined a composer.

“…my first attempts at composition [date] back to 1999”, said João Guerra, composer for Druid Gameworks upcoming Witanlore: Dreamtime. “At that time, sampling technology was something that required very expensive pieces of hardware, [which was] out of reach for someone on a low budget like myself. It was then that I was introduced to the [DAW] world with Cakewalk during college. Having both audio and MIDI on the same engine was both new and exciting, even if the sounds of the latter were restrained to the general midi bank sounds of the soundcard, or an external sound module if you were lucky enough.”

The turn of the millennium brought with it numerous innovations that further improved upon the accessibility, flexibility, versatility, and overall playability of all things digital audio; one of the more notable being the implementation of round-robin sampling.

“Simply put, [round-robin sampling is] a method that sample developers use so that when you hit the same note on your keyboard—e.g. a ‘D’—and then play it again, a different recording of that same note plays”, writes Gareth Coker in a tutorial on how to achieve greater realism using sampled string libraries.

Though it may not sound inherently impressive, round-robin sampling, for many composers, represented an incredible leap forward in terms of musical flexibility, bringing sampling technology one step closer to the real thing.

“It’s one of those simple ideas that make a lot of sense”, Guerra said. “[Having] multiple samples of the same note surely helps the composer’s routines.”

Other innovations in sampling that have since gone on to become fairly standard features of many libraries include legato scripting, which provides composers with the ability to transition between individual notes with seamless and unprecedented realism.

And it’s these little details that have largely contributed to differentiating between what sounds ‘real’ and what doesn’t. Within the span of just under two decades, the image of the composer has undergone a transformation that’s nothing short of astonishing; the technology at his or her disposal even more so.

Perhaps most importantly, however, is that with these advances in technology, the potential for anyone interested and dedicated enough to make something of their musical inclinations is something no longer limited by a lack of accessibility.

If the “classical” composer evokes images of men in antiquated garb and fluffy white wigs writing out musical notation against the backdrop of lamp light, what, then, might the “modern” composer look like?

Chris Hallaby. “It Was 21 Years Ago Today… – How The First Software DAW Came About.” KVR