Animal Crossing is the perfect video game for our troubling times.

I’ve been playing Animal Crossing since I was four years old. Taking a look at my purple GameCube controller can potentially attest for the amount of time I spent in my virtual village; the plastic is scratched in multiple places, the hand grips eternally sticky from years of being used alongside McDonald’s sweet and sour sauce. Some of my earliest memories involve me sitting on the floor of my living room, or in the living room of a confused family member, blissfully talking to cartoon animals and running errands for them. The music of the game, a mix between childlike free jazz and lo-fi hip hop beats to study/relax to, feels both nostalgic and timeless. To this day, I continue to visit my Animal Crossing villages whenever I feel bored or lonely. The game is one of the few things from my childhood that has transcended age and time.

For those who have never played it, Animal Crossing is a “communication” game. Developed by Nintendo in 2001 and released in the U.S. in 2002, it has no real goal or plot. The player is given a randomized human avatar, a box-like house, and a cutesy, rural village filled with little animal characters to interact with. Though you can pay off your house, there’s no deadline on when you get it done. Some players are content to wander around, collecting bugs and dinosaur fossils; still others run as many errands for the animal villagers as possible to make thousands of “Bells” (in-game currency), pay off their house, expand it, and decorate their dream home. You can make friends or enemies depending on your actions. Much like real-life, what happens in the game is up to you. As further installations in the series have been released, more possibilities have been opened up. In Animal Crossing: City Folk, an adjacent shopping center was added, and in Animal Crossing: New Leaf, you could become your village’s mayor and decorate the village. Increasingly, new versions have allowed for overall further customization of both your avatar and village. On March 20, a new installment will be released that lets the player customize more of their village, home, and avatar than ever before (and with a fun new tropical island setting!).

It may sound like there’s no point to a game with no end goal, but that’s the beauty of it. Other games have a tendency to stress me out more than I already am. Most games place high priority on combat, be it Skyrim, Overwatch, or even Pokémon. Losing a battle in those games can be a huge hassle, not to mention a loss of mental energy. I’ve never once gotten heated while playing Animal Crossing. Anger is counterintuitive to the game’s design. From the music to the personalities of the characters to the slow game-play, it’s a better form of stress relief than any other game can offer. In fact, its overall “stop and smell the roses” motto encourages taking it easy; a powerful sentiment in a society controlled by an unhealthy capitalist work-first mindset. 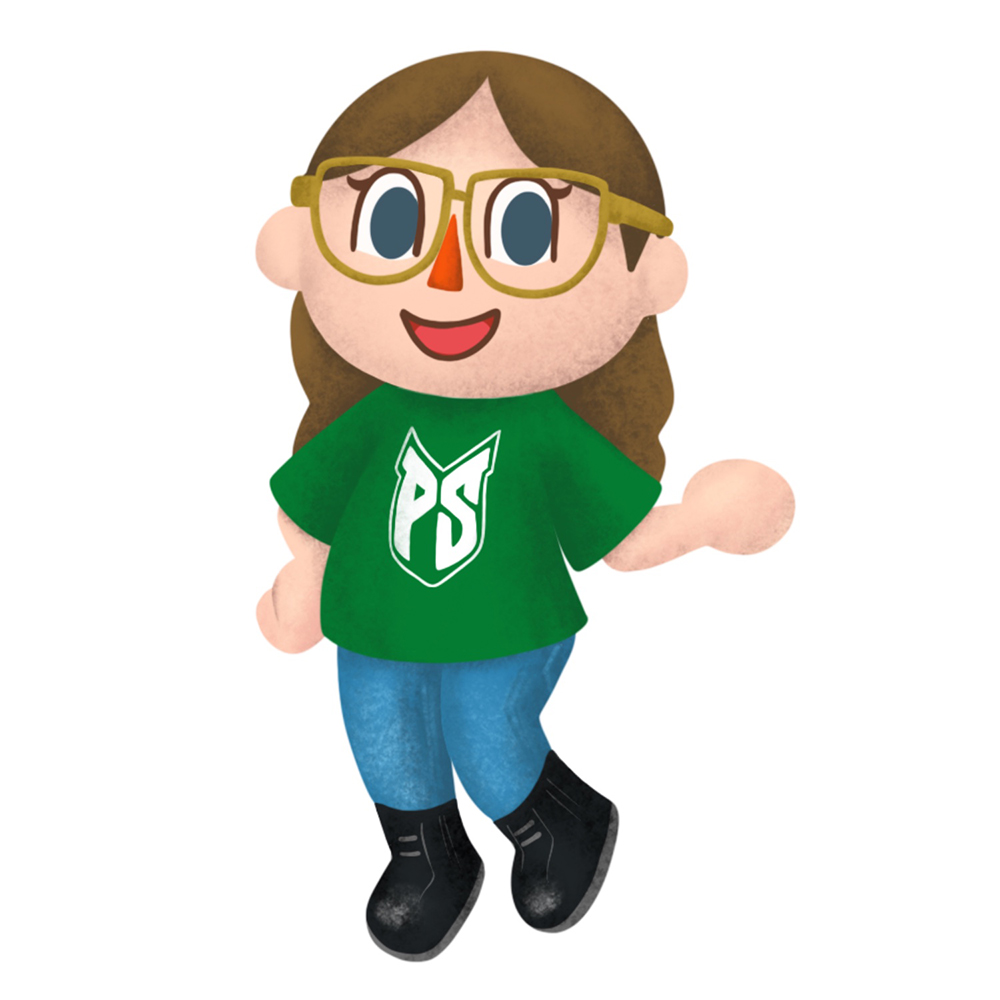 Speaking of capitalism, the version of the world presented in Animal Crossing provides a wonderful break from the disaster that is the American economic system. As I mentioned before, the game doesn’t penalize you for debt. Tom Nook, your boss and landlord, won’t come repo your items for being slow on payments, nor do you accrue interest. In fact, Nook’s not a bad guy at all; in the Happy Home Designer version of the game, he admits to donating “over 90 percent of [his] earned Bells to an orphanage three towns over.” Neighbors pay or promise gifts to one another to do small tasks, creating a small traditional economic system removed from the pressures of modern life. Though being wealthy can get you a large, lavishly decorated house, there is no minimum wage required to survive. Inadvertently, Nintendo created a utopia in Animal Crossing; a world in which money is optional, humans and animals live side by side in harmony, and life revolves around relationships as opposed to capital.

Perhaps this is the real draw of the game to Millennial and Gen Z-aged adults. The break from reality it presents is so ideal, so rooted in basic human needs. A study last year determined that Gen Z is the loneliest of all current generations. Interacting with friendly animals in a near-flawlessly written game in which characters seldom repeat phrases and have unique personalities can feel almost like real social interaction. You certainly shouldn’t replace real human interaction with Animal Crossing villagers, but I understand the desire to play a game so connected to the idea of friendly society when our current, real society doesn’t value face-to-face conversation.

Likewise, Gen Z’ers often cite climate change as their greatest fear. Those in power continue to prove they don’t care about our planet, ignoring the youth’s cries for help. Animal Crossing values the idea of nature and being at one with the world around you. Technology in the game is minimal, going about as far as a TV set or laptop in the home. There are no factories, only the occasional bus. The villagers mostly rely on their feet to get around. Most importantly, there are in-game rewards for treating your village with kindness. Planting flowers and trees improve the moods of the villagers and prevent weeds from sprouting up. One of the core ideas of the game is to make the world better than you left it; something the current leaders of this country don’t value.

I’d argue that the importance this game has had in many of our childhoods has instilled in us a sense of responsibility for nature, our neighbors, and ourselves. If you haven’t played it, I’d definitely recommend checking the new version out on the Nintendo Switch when it comes out later this month. Especially heading toward another election cycle, the world around us can be stressful and frightening. Don’t bury your head in the sand, but there’s no pressure to think about it 100% of the time either. Take some time out and chill with your animal friends for a while. It might help you de-stress or, at the very least, you can take out your aggression on the weeds in your town.